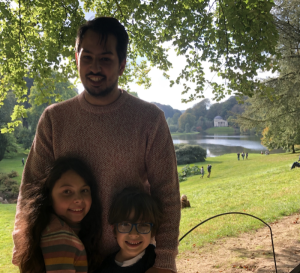 1. What is your favourite book?

It’s difficult to say, but I think Total Competition by Ross Brawn and Adam Parr is definitely up there. This is the closest that Formula One engineering genius, Ross Brawn, has come to an autobiography and, as a fan-boy of the Ferrari F1 team of the early 2000, I love it for that. It’s delivered in interviews conducted by Adam Parr, who then dissects Brawn’s answers and looks at what it teaches us about his approach to strategy. It’s pretty geeky but it’s something I go back to time and time again, and I’ve employed plenty of Brawn’s techniques in my work and Torque’s broader strategy, too.

That said, I’ve just finished Empire of Pain by Patrick Radden Keefe, which tracks the life and times of the Sackler family and their undeniable links to the opioid crisis in the USA. I think it’s safe to say that I won’t be employing any of the family’s tactics on behalf of Torque any time soon!

2.  What’s the one kind of food you can’t live without?

How can there be just one?! At a push, I’d say Spaghetti Carbonara. It’s one of the few things everyone in my family will agree to pretty much any night of the week, it’s on the table in 20 minutes and it’s something that always feels like it should be much more complicated to make than it is.

But if I had to imagine a world without Dairy Milk, popcorn, gochujang or itsu frozen gyoza, life barely feels worth living.

3. Top three movies of all time?

I don’t know about all-time favourites, but I’ve got a few that I’ll go back to time and again that remind me of certain times in my life or people I love.

My partner, Daisy, and I communicate almost exclusively in Forrest Gump quotes, complete with terrible Alabama accents, and I can watch that film from beginning to end any time, any place. Likewise Airplane! It’s a complete comfort and another part of Daisy and I’s shared history – while she was showing me intellectual indie movies when we met at university, I sat her in front of Leslie Neilson and co. doing visual gags loosely tied to a plane disaster. I think I won.

Also on the list might be Y Tu Mama Tambien, because it always reminds me of being 18 and feeling the world’s endless opportunities. That said, if the kids put Coco on Disney+ I’ll always find a reason to sidle up to my daughter on the sofa and watch.

Travel! Travel pretty much anywhere to do pretty much anything. I like that remote working makes it easier to spend longer in new places and that idea has started creeping into our thoughts as a family. We hatched a plan to stay for several weeks in Italy this summer, spending some of it on holiday and some of it working but the imminent arrival of our third child has put that plan on hold for a year or two.

I’ve been lucky enough to travel to some great places with Torque, like Shanghai in 2019, and I’m definitely keen to see more of Asia, too.

5. What car is in your fantasy garage?

Being a petrolhead, it’s really hard to whittle it down to just one! I think if I had to choose just one, it would be the Lamborghini Muira. It really is beautiful, has a fascinating history and it seems just about usable enough to not spend all of its life in said fantasy garage.

Slightly more achievable might be the fifth generation Maserati Quattroporte. There’s something quite appealing about the idea of turning up to the school run looking like a mob boss!